Keep updated on news and stories about the Heart for Honduras mission trips. We encourage you to join us on the next scheduled trip! 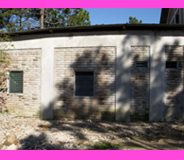 During 2008 and 2009, the Heart for Honduras teams were able to start building two stories onto the orphanage, adding the bedrooms and bathrooms planned. The children were given school supplies, craft projects and some much needed medical attention.

After several days of long bus rides to Valle De Otoro by the medical team, clothing and supplies were delivered to the people of the village, but more importantly, medical services were offered to many. The village had a “city center” area where several rooms were split into clinics, where the team offered specialty services including dental, pediatric, and women’s services. Several doctors and their assistants were able to get through hundreds of patients during the stay!

Posted by admin on 10:38 pm in Mission Trips | Comments Off on 2008-2009 Mission Trip Orphanage in Siguatepeque

In December of 2007, Pastor Merlo and Doug Overstreet took a trip to Honduras. Together, their goal was to find new mission work for the years ahead. December welcomed several new ideas including some expansion work to an orphanage in Siguatepeque as well as services to a village two hours up in the mountains.

Nando, one of the head coordinators from Honduras, has been involved with missions by coordinating the host families for the Americans. His home was directly behind an orphanage that our group had visited on several occasions. The orphanage was full, and the home had very little space. Three rooms held over 30 beds. There was a small kitchen, living room and family room.

An eight acre property was purchased in 2008 for the children before Hearts for Honduras planned to return. The home is located about 5 miles from Siguatepeque, Honduras – about two hours from San Pedro Sula. The new home originally consisted of four bedrooms, three bathrooms, a family room with a fireplace, a kitchen, dining area, an enclosed patio, and a garage area. There was also some storage and a small gathering room upstairs.

Unfinished Construction in Orphanage in Siguatepeque

The Goal
The conditions of this new home were much better than the last, but the home still needed more space. The goal was to add four dormitories/bedrooms and add two bathrooms so that each bedroom had a bathroom.

Along with building for the children, we planned to open a temporary clinic in the small town of Valle De Otoro and offer medical services while we were there.

Posted by admin on 10:33 pm in Mission Trips | Comments Off on Mission Accomplished Montañuela 2007

The missions have taken trips to Montanuela over the last several years. It was decided that as a mission, we will not return to Montañuela for additional building. The city seems to be back on its feet and thriving.

Read a caption from Doug Overstreet about the most recent visit:

Pastor Merlo and I took a tour of Montanuela by car. We saw several of the people and children in the community. As we drove through the street, we noticed many cars in driveways. We also saw many homes that were built by missions being added on to. We saw a member of the church working on the church driveway. Men were working in the tilapia ponds. Driving through the town, we saw it as a thriving and normal town in Honduras. Thanks to the Missionaries and the blessings that God has sent to Montanuela, the community is one of the wealthier communities in the area. Pastor Romero, Pastor Merlo and I think that the time has come to let Montanuela stand on its own. I know that it will be hard to leave Montanuela. We have a group of people we have grown to love and have enjoyed working with them and building relationships. We think Montanuela has the ability to grow and prosper on its own. We should look at this as a blessing. We have taken a town that faced a hurricane disaster and gotten it back on its feet. Today they are running. Praise God for the energy and the work; we have finished the mission.

The small village of Montanuela was impacted by vigorous flooding and was nearly leveled by the flow of the water from the hurricane. Almost all of the homes in this village were destroyed and there was minimal work because the land used for agriculture was also also destroyed.
Over the last several years, these things have been added to the town: